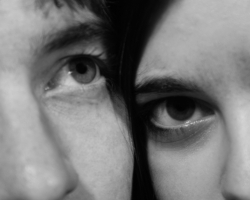 Suppressing emotions gives the exact opposite results from the desired ones. The reason for suppressing is that either you want your emotions to leave you in peace at this moment or because you don’t want, or cannot deal with them in general.

Most people have the feeling that by suppressing they get rid of the emotions. Making noise they push the fear away, being busy they avoid sadness, by moving all around they make anger disappear.
But whatever you suppress will return sooner or later.

Suppressing emotions that come from or in a relationship is like telling lies. Is like hiding always the truth.

The common way of dealing with emotions in a relationship is expressing or suppressing. Anger for example is destruction for a relationship either way. If you express it, and especially if you do it often, you have a relationship that is based on fighting and conflict. By suppressing it you create the conditions for guilt and separation.

To my opinion, in a relationship, the guilt that is coming from suppressing emotions, therefore sacrificing “for the sake of the relationship” is the best way to destroy this relationship, and live in hell as long as it lasts, sometimes too long.

Of course if you just avoid an emotion now and a few minutes later, when you have peace you deal with it, there is no problem, but my experience tells me that not even this is necessary.

Coaching can help you change the way you deal with the emotions in general. Highly sensitive people need this more than everyone because holding on to emotions makes them really unhappy.

By removing all the heaviness and the drama from emotions, you can just live your life and enjoy your relationships in peace and joy. 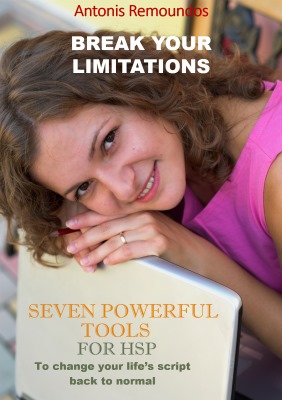